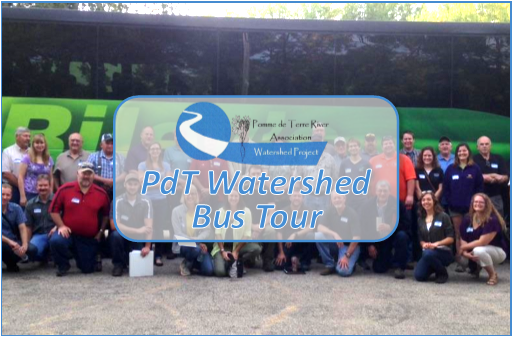 The Pomme de Terre Watershed is moving into the One Watershed, One Plan planning process. During the creation of this ten-year planning document, involvement from a number of various counties, agencies, local units, and landowners is necessary to create a plan that focuses on our community needs, goals, and capacity. To accomplish this the Pomme de Terre has 3 committees: a Policy Committee, Planning Committee, and a Citizens Advisory Committee.

To kickoff the two-year planning processes, the Pomme de Terre wanted to hold a meeting where each of the Committees could come together to talk about the current state of our watershed. Except, instead of the usual round-table meeting, PDTRA with the help of 319 funding, put together a meeting on wheels.

The Watershed Bus Tour aimed to not only talk, but give people the big-picture view of what’s happening in the watershed. We traveled from the headwaters of the Pomme de Terre in Otter Tail County all the way to its mouth just bellow Appleton in Swift County, exploring the various types of landscape, development, and land-use that water travels through before flowing into the Minnesota River.

The tour began up in Otter Tail County where rolling hills make up the major topography of the area spotted with popular lakes such as Ten Mile, Johnson, Eagle Lake, and many more. Members of the Otter Tail SWCD talked about the conservation work they’ve done with the aid of Clean Water Funds and Federal 319 Funds. Landowners, the Westby’s, also talked about work they’ve done on their own land to promote clean water and conservation.

As the bus wound around Christina Lake, an area in Douglas County with mainly protected lands, and into Grant County, the land noticeably began the flatten, less trees crowded the the view and we saw the intersection of tourism, agriculture, and development. All of which play an important roll in our communities as well as water quality and quantity.

Further down into the heart of this agricultural watershed Stevens SWCD staff talk about smart conservation and the various tactics used to help reduce crop field erosion and water runoff. We were reminded that the Pomme de Terre relies not only of the health of its headwaters, but of its tributaries as well as we cross into Swift County and over Drywood Creek where a failed dam that was a major source of sedimentation to the Pomme de Terre was recently removed.

Eventually, after following the path water takes, from fields of corn, lakes, dairies, cities, our own backyards, and more, we found ourselves at the very end of the Pomme de Terre River where it funnels into the Minnesota River…

Thank you to all of our planners, speakers, and participants for spending the day exploring our watershed and it’s valued water resources with us!

What’s next? We will be holding Public Information Meetings in October to gain public input on our plan. Stay tuned for more information coming soon…. 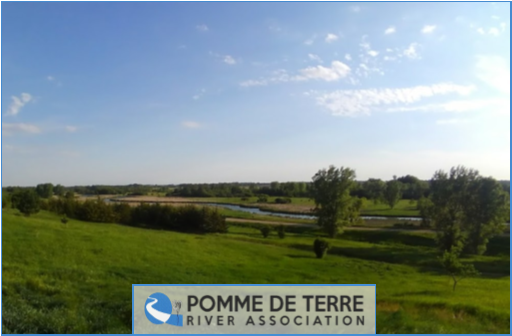 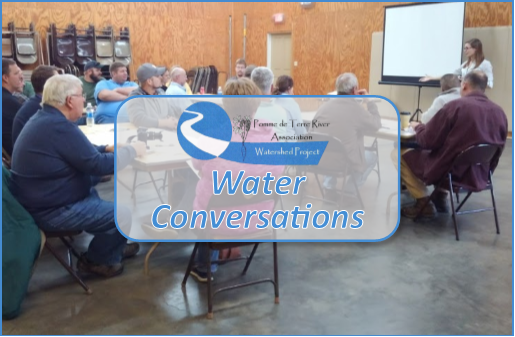 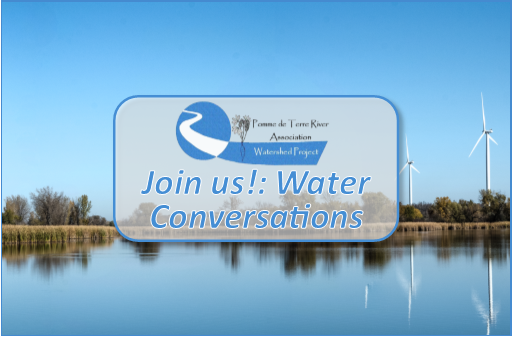 Stephanie AdamsPDT River News0
This website uses cookies. By continuing to browse or by clicking 'Accept', you agree to the storing of cookies on your device to enhance your site experience and for analytical purposes. For more information view our Privacy Policy.